Receive any new articles by email when they are published.

Feeding You from Holy Minestrone

The Lord himself – who is who he is – has bound himself inextricably to his people. 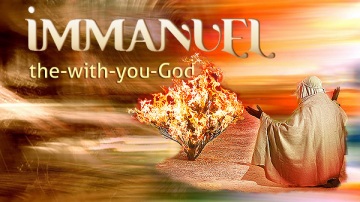 That key phrase caught my attention in a smaller but similar way to Moses noticing an unburning bush. I’m currently enjoying a read through the newly released work, Covenantal Apologetics by Scott Oliphint. In chapter 2 (Set Christ Apart as Lord), the author draws special attention to the essence of who Jesus Christ is and claimed to be. Jesus is the embodiment of the I AM that spoke to Moses in the Sinai desert. Rejecting Jesus is rejecting the I AM (Yahweh). Here is the quote in context and then a brief application.

The revelation that Moses has of what is really the unburning bush is, in part, designed to reveal to Moses both of these truths [wholly satisfied God alone is who he is and also commits himself to his covenants]. The fire, which represents The Lord himself, is in no way dependent on the bush in order to burn. The fire is, in that sense, a se. It does not need the bush for fuel; it is able to burn in and of itself. But it is also with the bush. It could easily appear on its own, because it is in need of nothing to burn. Or it could appear beside the bush. Instead, it is linked inextricably with the bush, even as The Lord himself – who is who he is – has bound himself inextricably to his people.

One of the unique and glorious truths of being knit together by the Gospel in community is the presence of the wholly satisfied God. That presence is what sets redeemed friends apart from any other form of community in this world. Moses must have seen a billion bushes but only one like the I AM’s. Similarly, the people of our cities will see tens of thousands of friends, families, and homes but what makes all the difference is the connected lives of unburning believers. I desire my home to stand out like that, and the fire has already united with me because he loved me first.

We might ask, “Where’s the sign? You know, the unburning house or unburning church so people will be shocked out of their shoes?” The answer is to look into the ordinary and the mundane which contains the extraordinary (like the ordinary manger holding the Creator and Redeemer of the universe). This is using the eyes of faith to see the hidden, blazing reality.

One day, the I AM himself took off the sandals of his desert pastors and washed their feet (Jn 13). There, he showed us how to be an ordinary bush but ablaze with transformed hearts. After all, he is seeking people who worship him in spirit and in truth. Are we not a people bearing and reflecting the image of the sovra-natural God who in no single way needs us but loves and binds himself to us? Instead of consuming us for what we rightly deserve, he is now revealed through us; converting the ordinary into the remarkable.

2 thoughts on “Communities of the unburning bush”

So, what do you think? Cancel reply